‘Sofia Ait Benhaddou’ was once a regular performer to the Glaoui family and was famed for her traditional Berber (Amazigh) songs.

The Telouet Kasbah stands on the old caravan route towards the Sahara, between Ait Ben Haddou and Marrakesh.

Once the palatial residence to the Lords of the Atlas – the Glaoui family, the Kasbah now stands in ruins after the last Pasha fled following the departure of the French. In Morocco, a Pasha was the representative of the Sultan in a city or province. Thami El Glaoui, most commonly known as Thami Glaoui, is one of the best known as he was Pasha of Marrakech. Glaoui had supported the French during their occupation of Morocco, which earned him the mutual support of French colonial authorities in return. During the height of his career, Glaoui had held considerable power, making him one of the main political figures in the country.

The strategic location of the Kasbah illustrates the power and influence he held. With views over beautiful mountains green and peaceful Berber villages, it is easy to see why the family decided to build their Kasbah in this spot. Positioned on the passageway of merchant caravans and near prosperous salt mines, the Glaoui’s had the privilege of receiving gifts from those journeying past. But this privilege was a result of Thami El Glaoui’s brutal warlord and chieftain status. While some regard him as a fine man, many view him as a bloodthirsty traitor. He was one of two brothers who were sons of an Ethiopian slave woman. They were prominent brothers within the Glaoui tribe and by brute force they managed to rule much of Southern Morocco during the early twentieth century.

Thami El Glaoui’s commitment to the French turned against him during the independence of Morocco. After having being abandoned as they retreated from Morocco and branded a traitor by Moroccan nationalists, Glaoui had nowhere 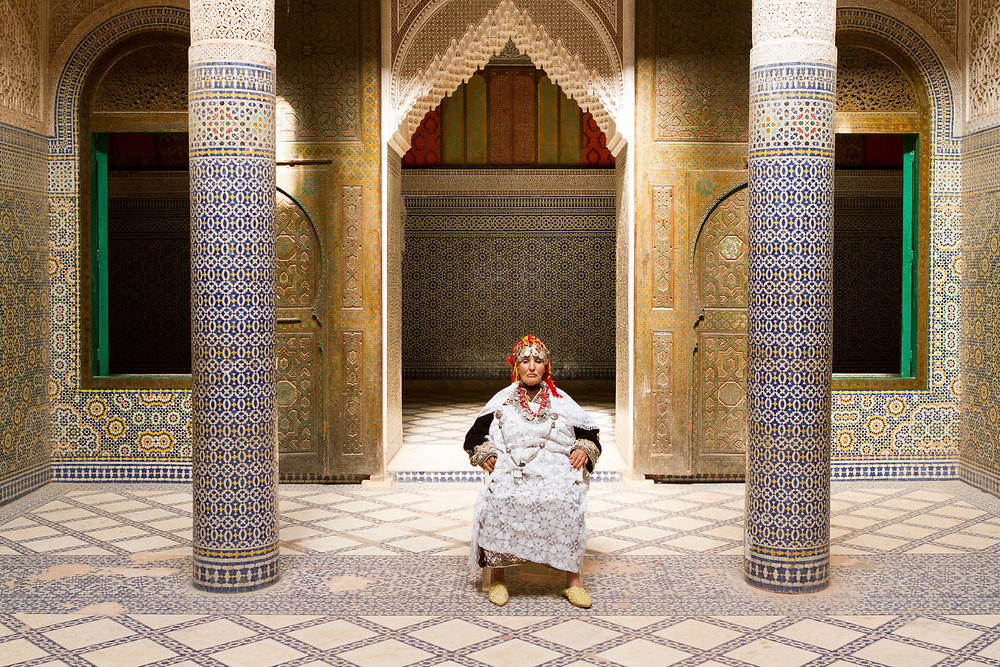