Morccan Mechoui is usually an entire lamb which is slow roasted inside a large rammed earth oven, or can also cooked in a communual oven. No spices or marinades are added, only the fat of the animal tenders the meat during cooking (some people add smen and butter). It’s often served just as a large cut of the cooked meat alongside plates of olives and bread, and is seasoned with freshly ground cumin and salt before eating.

An alleyway at the back of Djemma el Fna market square in Marrakesh has been named ‘mechoui alley’ by guidebooks , where the dish is served daily alongside ‘tanjia Marrakchia.’

The entire lambs are slow roasted in traditional fire ovens underneath each street food stall, which like many communal ovens, also heat the water for a nearby hammam (public bath). 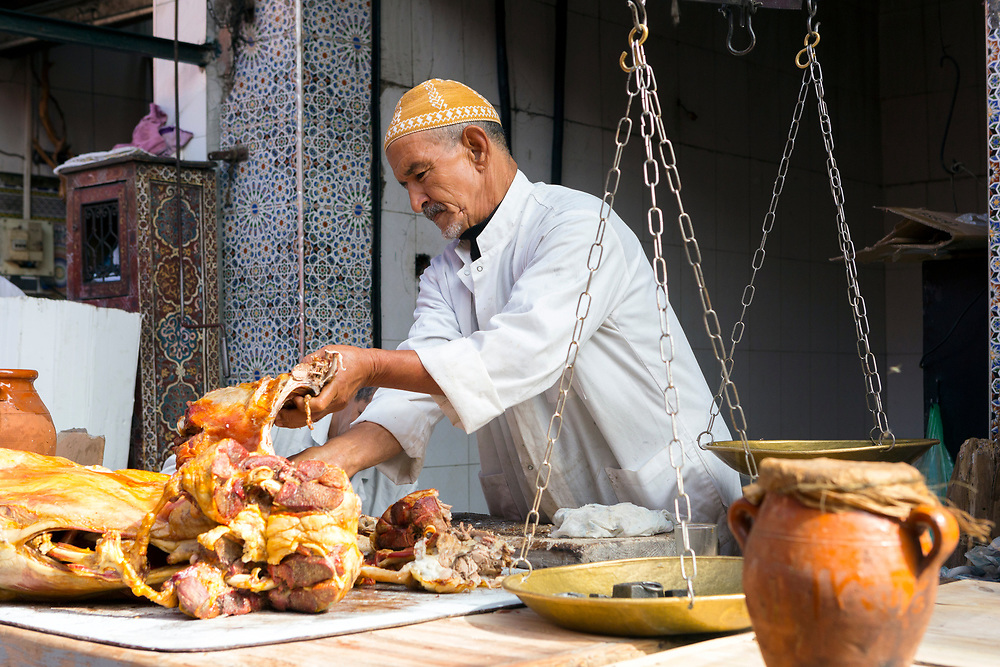