The only round Minaret in Morocco, Moulay Idriss Zerhoun Medina, Middle Atlas, Morocco, 2016-08-13.

Besides being home to the Mausoleum which is the burial place for Moulay Idriss I, Moulay Idriss is also famous for another religious structure; the only round minaret in Morocco. Added to it’s much older connecting mosque in 1939, the design is very unique throughout the Islamic world. It’s tiled patterns depict a Sura reading from the Koran and is connected to the Idris Medersa inside the medina; an old and very important Koranic school inside the sacred medina.

Located nearby to Meknes and spread across the slopes of Jebel Zerhoune, Moulay Idriss holds a sacred aspect for many Moroccans; it is the burial place for Moulay Idriss the I who originally brought the religion of Islam to Morocco. The large green tiled mausoleum and mosque is located at the centre of it’s Medina, which is located only 3km away from the UNESCO protected Volubilis Roman ruins. 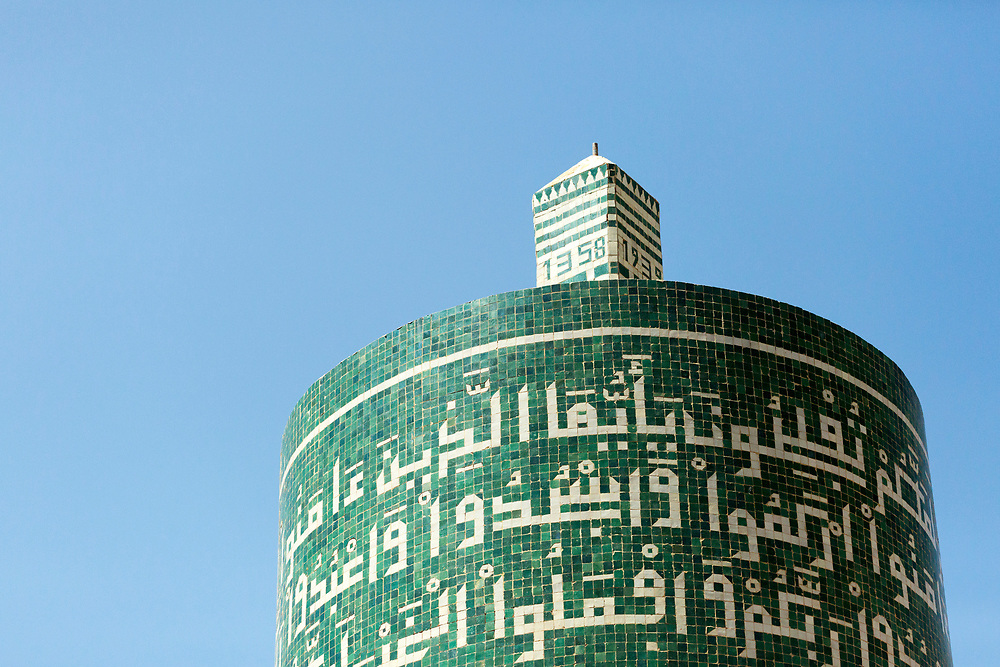