Portrait of the caretaker at the Gandhi Memorial Mandapam 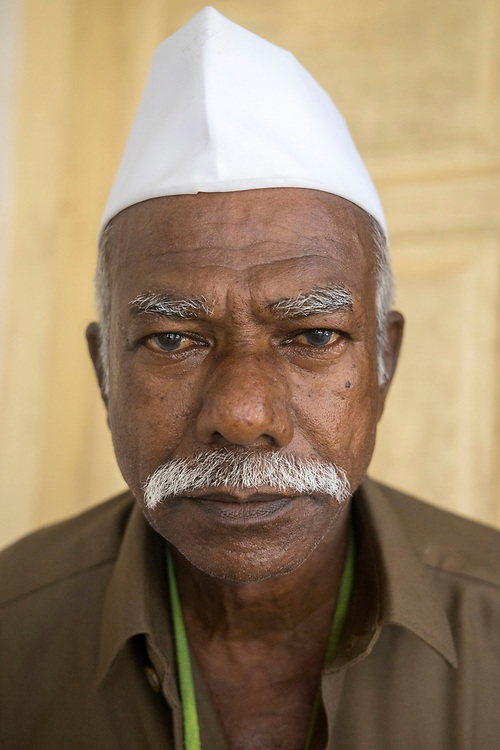