VARKALA, INDIA - 21st September 2019 - Pilgrims and Hindu holy men perform a puja prayer ritual for Sree Narayana Guru during his memorial day at the Sivagiri Mutt pilgrimage centre. Sree Narayana Guru was a spiritual leader who led a reform movement against the injustice of the caste system in India. He promoted the term “One Caste, One Religion, One God for All.” The Sivagiri Mutt is the believed site of the guru’s enlightenment and is now home to the headquarters of the Sree Narayana Dharma Sangham - an organisation built by his disciples and followers. Kerala, Southern India. 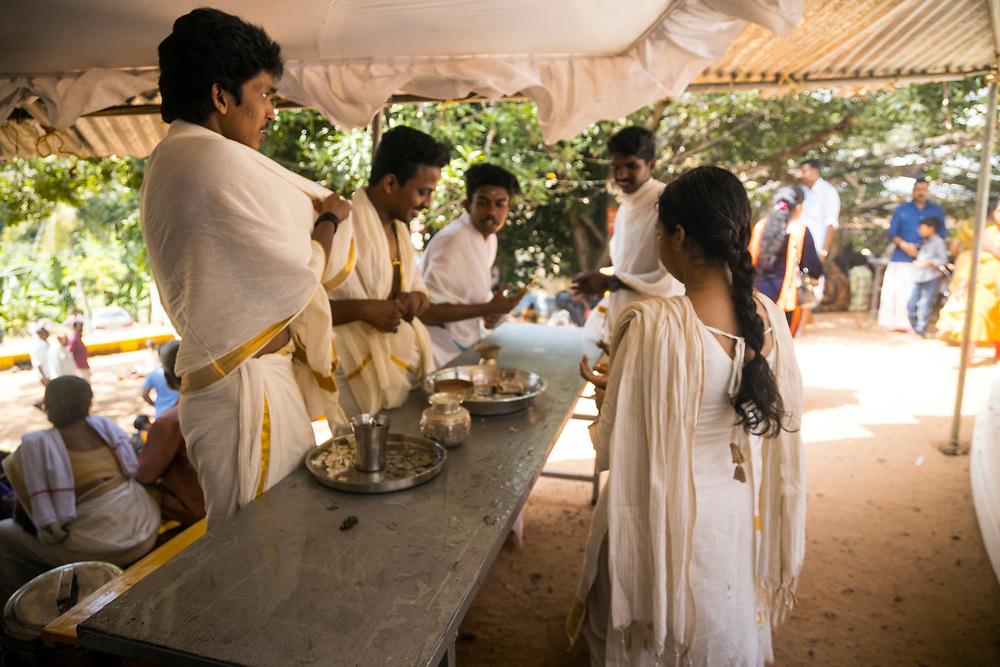