KADIRI, INDIA - 2nd November 2019 - The shrine of Yogi Vemana - an Indian poet and philosopher from Andrha Pradesh who wrote in the Telugu language and was noted for his use of simple language and native idioms, Andhra Pradesh, South India.

Andhra Pradesh is India’s third most-visited state domestically, with more than 120 million people flocking there annually. The majority of visitors are Hindu pilgrims journeying to Tirupati, a city that holds one of the world’s wealthiest temples and most frequented sacred sites.

From Tirupati, pilgrims often tour the main spiritual destinations of the state’s southern areas, heading for the town of Puttarpathi, home of the late – and controversial – spiritual guru Sathya Sai Baba; to the shrine of Yogi Vemana (pictured), to a mysterious, gravity-defying stone pillar suspended from the ceiling at Lepakshi Temple; to practice darshan (the beholding of a deity, holy person or sacred object) at the Sri Lakshmi Narasimha temple in the town of Kadiri and to visit the world’s largest single tree canopy at Thimmamma Marrimanu. 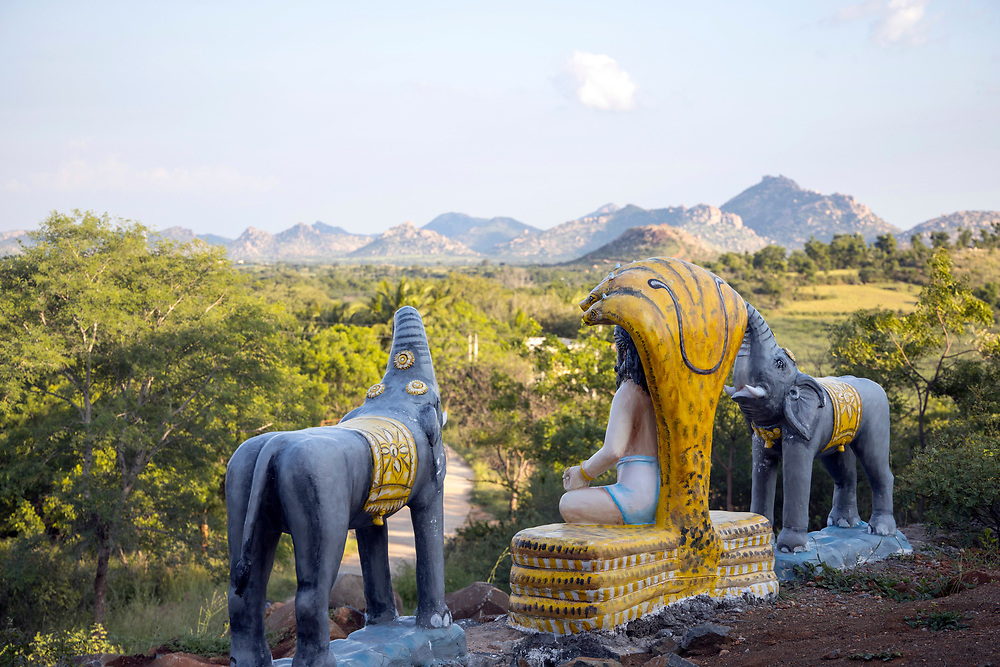