The granary structures (Igoudar - plural form of granary in the Tamazert Amazigh dialect) weren’t only built for storing harvests, medicines and possessions; the Amazigh ancestors also constructed them to function as an ancient form of a 'high security bank vault.’
The Anti Atlas and the Souss ranges are no strangers to war and conflict. The mountain terrains have been home to many an Amazigh uprising against the central governments during Arab rule and early French Occupation.
Although each granary is unique in design, their bee hive like labyrinth interiors of interconnecting tunnels, ladders and passageways holding padlocked chambers collectively resemble a style of architecture that Tolkien might have imagined.

Most of the igoudar that remain are thought to date to the 16th and 17th century, although the tradition of building and using collective granaries is estimated to be as old as a millennia.

One year of low rainfall can make life very difficult for the mainly self sufficient populous of the Anti Atlas range, who would have been ever more dependent upon the fruits of their harvest during the time of structures development.

The crops which are agriculturally viable amid the dramatic climate conditions of the Anti Atlas, such as saffron, almonds, and argan are high in value, with saffron only offering a short annual harvesting window and the stigmas needing optimum storage conditions to preserve life span.

Everything from important documents, money and jewellery to the seasons harvest could be stored inside the locked chambers. These well ventilated, shaded rooms built from thick stone walls remain at cool temperatures during high heats. It is possible for grains to be stored in some agadir chambers for up to 25 years, and natural butter for 10 (w 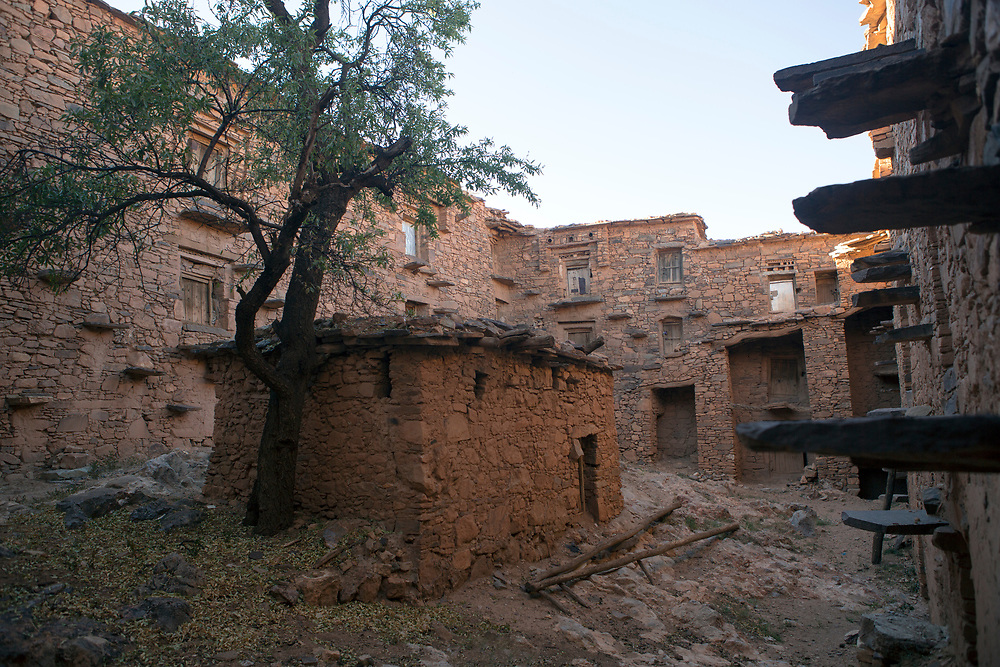