Volubilis (or Walili in Moroccan Arabic) is an ancient settlement which has been occupied by Amazigh and Roman ancestors. UNESCO protected Roman ruins remain to dominate the site and are an exceptionally well preserved example of a Roman colonial town in North Africa. A visit to the ruins are best incorporated with an overnight stay in Moulay Idriss; Morocco’s most sacred medina, only 3km from the ruins.

The back road leading from Meknes to Chefchaouen and Tetouan takes you past the ancient Roman ruins of Volubilis and the historic Medina of Moulay Idriss, with other picturesque Berber towns (like Ouazzane) and villages set back into the mountains all along the route. Winding through stunning changes in landscape as the Middle Atlas mountains become the Rif mountains, it is one of Morocco’s most stunning scenic drives. Wild flowers appear in abundance in the spring after the winter rains, making it the best season to be journeying this particular route. 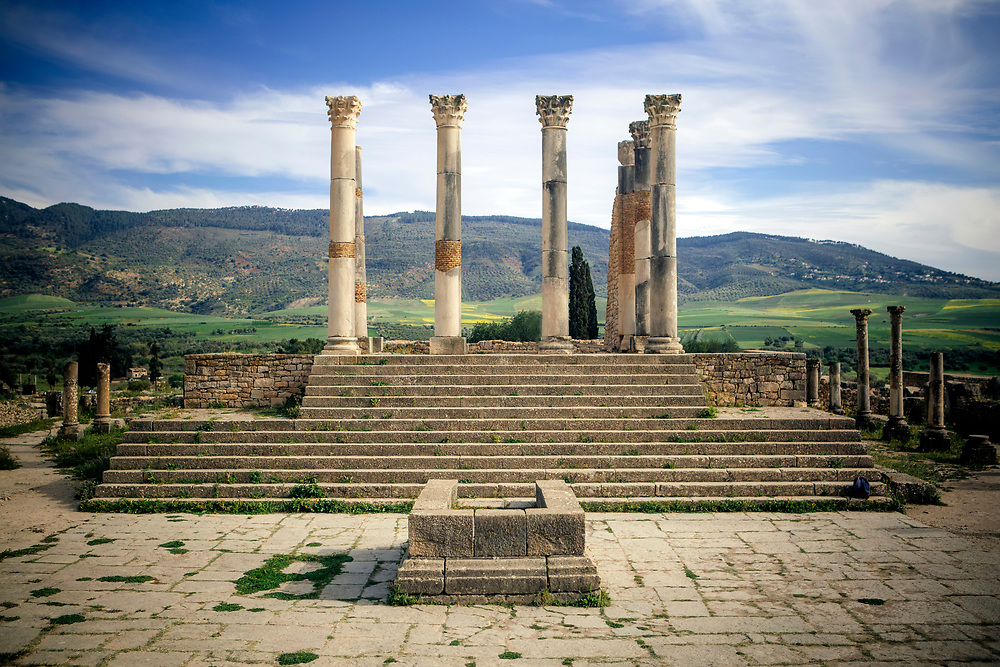