Asilah is a sleepy fishing town in the North of Morocco, just one hour south of Tangier. While not completely off Morocco’s well-beaten path, it’s often missed by travellers bound inland for Fez or Chefchaouen, yet has a uniquely alluring charm. With an immaculately restored medina that’s re-painted vivid shades of blue & white each summer, Asilah has the feel of being Morocco’s own Santorini - a great spot to see the more chilled out, seaside town life in Morocco.

The town lies in the middle of a fascinating history in historical, architectural and artistic terms. It’s 3,600 year old history that includes a varied range of occupiers, involving Roman, Arab Portuguese, Spanish and French colonisation. Many famous writers and artists have spent time here; in ancient times is it reported Herecules did a tour of the area and, more recently; Paul Bowles, Tennessee Williams, Edith Wharton, Jean Genet (who is buried in the nearby town of Larache), William Burroughs, Jimi Hendrix and Henri Matisse have all found the area inspiring. The Portuguese ramparts remain fully intact and a full day can be spent wandering through its old gates and the ever narrowing medina streets inside the walls.

The architecture in Asilah has been heavily influenced by these different periods of occupation, which is one of the main reasons for its unique and characterful feel. Evidence of Mediterranean design can be seen in the rampart walls and gates themselves, reflecting the Spanish & Portuguese influence on the Asilah’s development, Roman ruins can be found in the nearby town of Larache and Arab influences are more subtly found in the decorative window shutters and the labyrinth like medina layout to the streets.

If a lover of the quirkier details found in the medinas of Morocco, then Asilah won’t disappoint, with hundreds of creatively designed doorways, decorative window shutters and retro, old electricity & wa 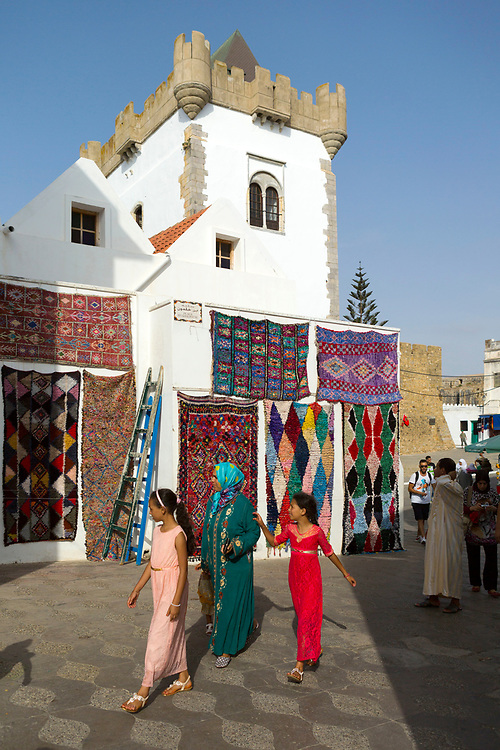